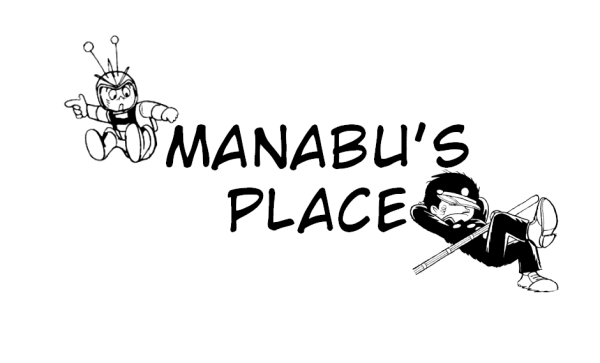 I've been trying to put more effort into sound effects, they're my least favorite thing to do but I think it adds a nice touch. I had to look at fonts for them- you wouldn't believe how many terrible fonts there are. I'm praying I never have to download another, or rather keep looking at them.

Anyway, Kojiro is a character that really grew on me. He shows up in the previous chapter as this big cool rival, only to reveal he's a huge nerd with his fishing simulator in the very next chapter. He's got a fun design too.

Well, I couldn't find a good way to write an accent in the end, I realized Kojiro just sounded really dumb, lol. It's something better left to audio rather than writing, I guess.

No translated puns this time, but an interesting note- There's a lot of author's notes about fishing terms, some of which I included, but I removed a lot. The ones I removed were English terms that would've been redundant to include. For example, there's this:

The note is explaining an English term in Japanese, but a literal translation would be something like "Clear water - water that is clear, with two meters or more of transparency". Like, I trust you guys know what that would be. Other notes include stuff like "Line break - when the line is broken." and "Pressure - when the bass is cautious."

A little late on updating this site, but I released chapter 2 a while back. This chapter introduced Kojiro, our first rival. In general, I'm trying to put more thought into the way characters speak- with Microid S my main philosophy was simply making it understandable, as I was desperate to read it and assumed no one else would really be interested. Kojiro's from Kansai, and considering his personality I thought a New Yorker accent would be fitting. In this chapter I didn't do too much with it, I definitely don't wanna make the accent so overbearing that every sentence he says is unreadable. But I think I struck a decent balance in chapter 3.

On the note of trying harder with translation, I'm trying to replace sound effects and such too. I've finally discovered the clone stamp tool in photoshop and am making good use of it. Here's to higher quality translation!

The first chapter of Grander Musashi has been posted on Mangadex! I've been thinking of revamping this site a little- now that Mangadex no longer has comments, I think I'll start putting translation commentary here. 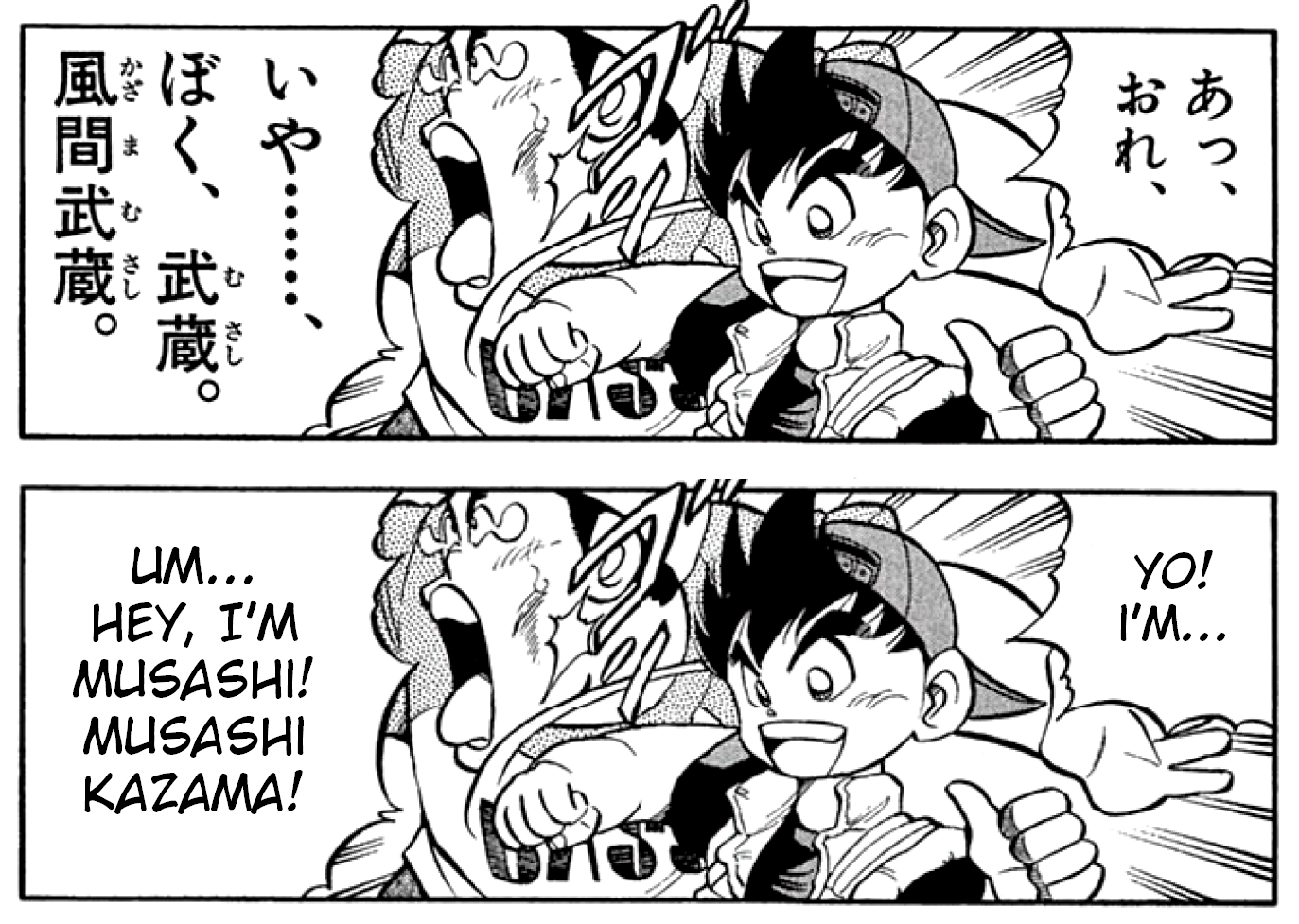 There's nothing too exciting in this chapter, but I thought this was worth sharing. In the original, Musashi introduces himself to Mio with "ore", which he usually uses around his dad, but then corrects himself and uses "boku". I tried to convey this by having him switch to something just slightly more casual.